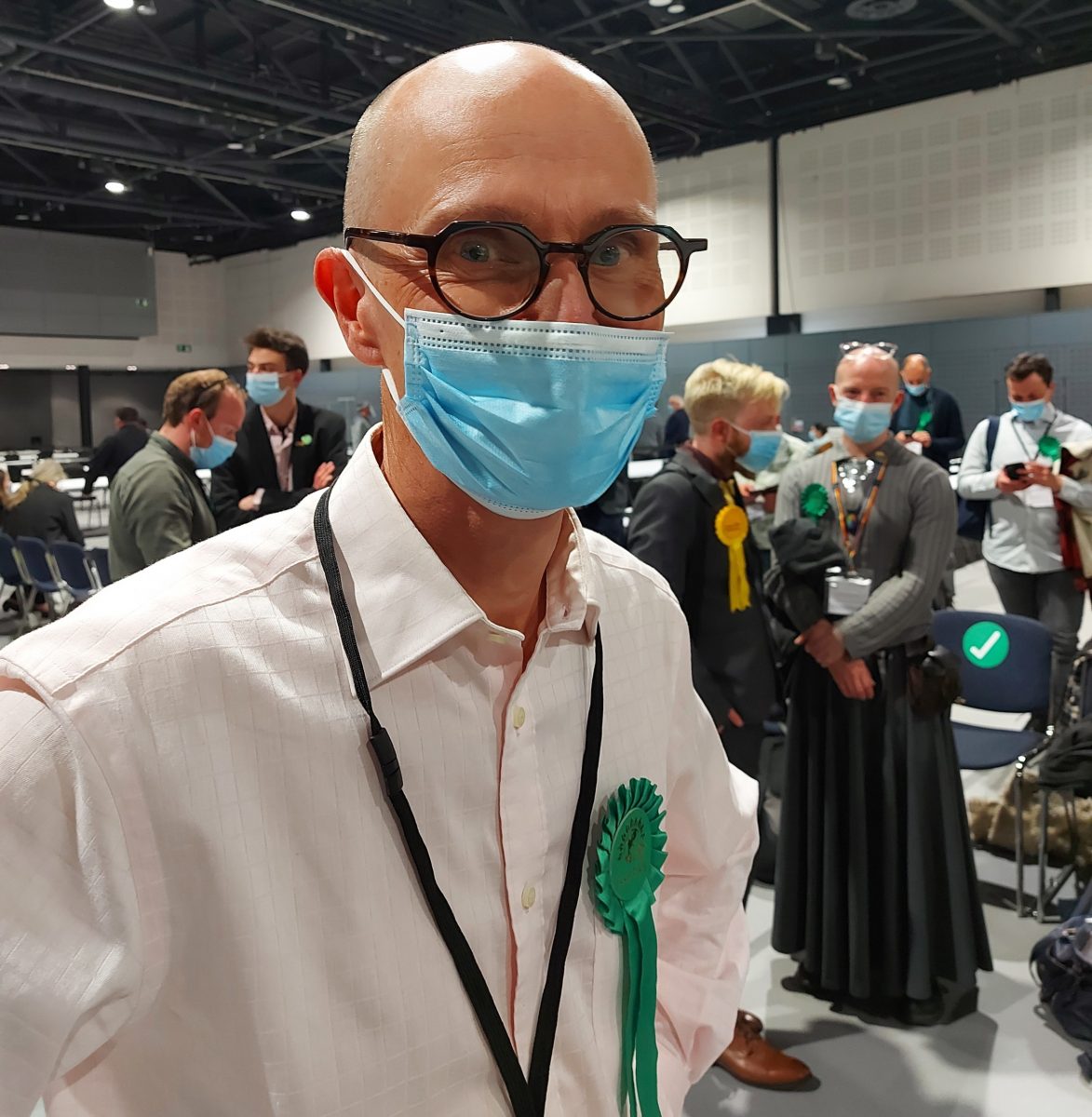 The Green Party has secured its first seat on Manchester City Council in 13 years, after unseating a long-standing Labour incumbent in the local elections on 6 May.

Councillor Rob Nunney was duly elected in the Wythenshawe ward of Woodhouse Park with 1,355 votes, taking the seat from Councillor Brian O’Neil, who has been a councillor in the ward for the last 17 years and received 1,180 votes.

Councillor Nunney and Green Party members have been campaigning in Woodhouse Park for the last three years and hoped to win a seat at the local elections in 2020, but missed out due to the Covid-19 pandemic which postponed all elections.

Winning the ward with 48% of the vote, Rob will now work to put in place his pledges to improve the Woodhouse Park area.

Councillor Rob Nunney, newly elected member for Woodhouse Park ward in Manchester, said: “This is a historic moment locally for the Green Party as our first seat on the council since 2008, and I’m proud to be representing the residents of Woodhouse Park. I’m grateful to everyone who put their faith in me at the ballot box, and I promise to work hard for them to put pride back into Wythenshawe.

“It is clear that Woodhouse Park residents are tired of the status quo and are ready for a change. I hope not only to listen to their concerns and make sure that local voices are heard on the council, but to provide a fresh Green voice for all of Manchester.”

Rob Nunney will serve the residents of Woodhouse Park on a three-year term until 2024. He joins a small group of councillors who make up the opposition at Manchester City Council.

Manchester Green Party recently launched their local manifesto Our Vision for Manchester, which outlines the pledges Cllr Nunney will be pushing for in the council chamber, including ensuring Manchester meets its carbon-neutral target, creating affordable public transport, and protecting green spaces.

Chris Ogden and Stacey Wright, Co-Chairs of Manchester Green Party, said: “Rob has worked incredibly hard for the residents of Woodhouse Park for several years and we are delighted that his hard work has been rewarded. We have no doubt that Rob will be a fantastic servant for the ward.

“We are absolutely ecstatic to take our first seat once more on Manchester City Council, which is the first step to the Green Party’s growth in Manchester.”

Cllr Nunney will join other Green councillors across Greater Manchester’s 10 boroughs including three councillors in Trafford, one councillor in Stockport and one in Tameside.