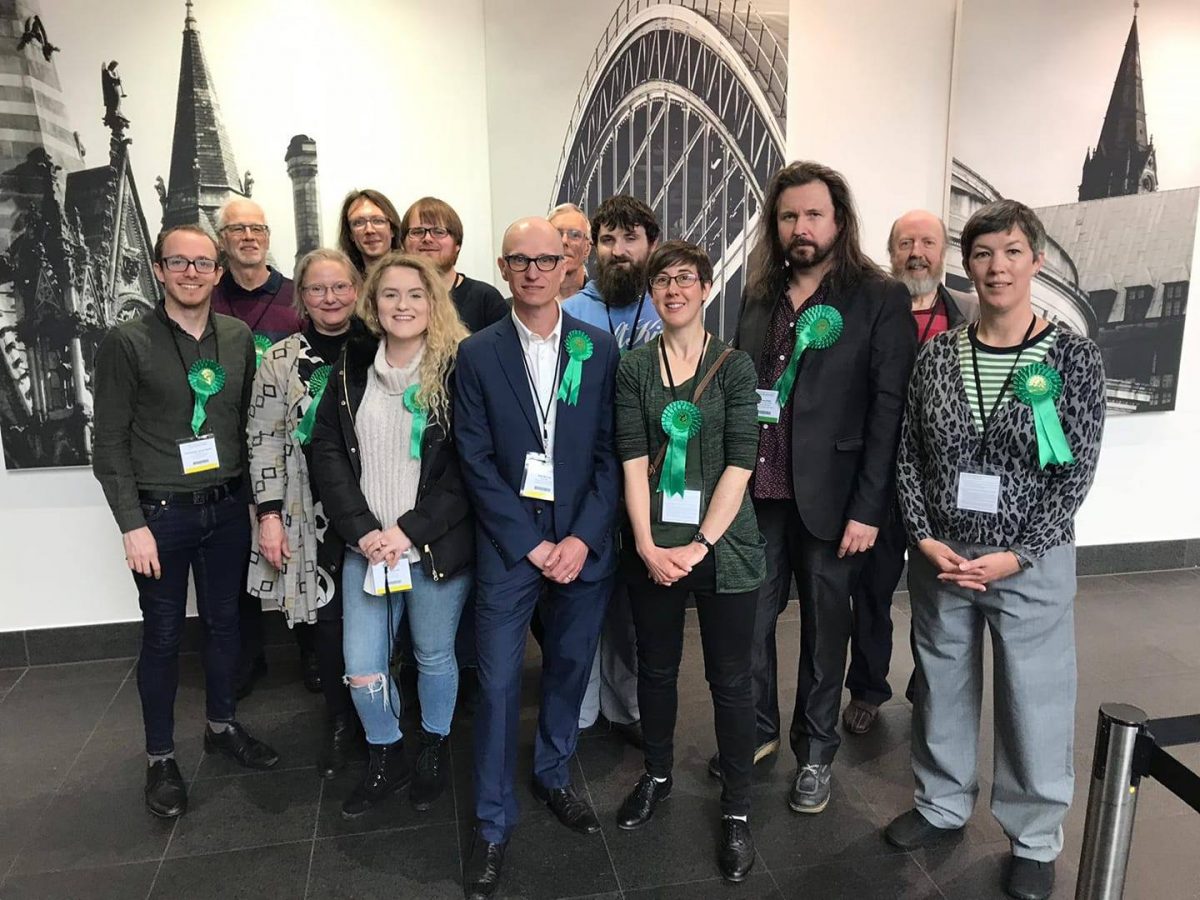 Manchester Green Party is proud to announce one of its best ever results in the 2019 Manchester City Council elections.

On Thursday May 2nd, the Green Party got 12,507 votes overall across Manchester after standing a full slate of candidates across all 32 of the city’s wards.

Although Labour won 32 of the 33 seats up for grabs, Greens finished second to Labour in 13 wards, ranging from Cheetham in north Manchester to the south Manchester ward of Chorlton.

The Green Party also achieved its highest ever percentage of the vote of 13.04%, beating the party’s previous record of 11.5% set in 2015.

Adrian Brian Thompson, Co-Chair of Manchester Green Party, said: ‘We’re honoured that so many people across Manchester trusted us with their vote last week.

‘The results show there is a clear desire in Manchester for Green policies and we will continue to work for a cleaner, Greener and fairer Manchester.’

The Greens’ closest result this year was in Woodhouse Park in Wythenshawe where we finished second with 35% of the vote – achieving the single biggest swing in the elections.

The result was the Green Party’s best result in a Manchester ward since 2008, giving us a fighting chance of winning the seat in the next local elections in 2020.

Rob Nunney, Green Party candidate for Woodhouse Park ward in Wythenshawe, said: ‘I’m proud to have come so close to winning and given Labour a real contest in a ward that they have long taken for granted.

‘Although I didn’t win a seat this around, I plan to be back next year and I’ll keep working to make sure that Wythenshawe isn’t forgotten about.’

The Green Party had cause to celebrate across Greater Manchester as election day saw the election of two new Green councillors, Lee Huntbach in Ashton Waterloo and Michael Welton in Altrincham.

Across the North West, the Greens retained all 8 seats they were defending and gained a further 17 to double their number of councillors to 34 across 13 local authorities in the region.

In England, the Green Party more than tripled its number of councillors, increasing its number of seats by 194 to win 265 seats in total.

The overall result bodes well for the upcoming European elections where the Green Party is hoping to grow its rank of MEPs from the three elected in 2014.