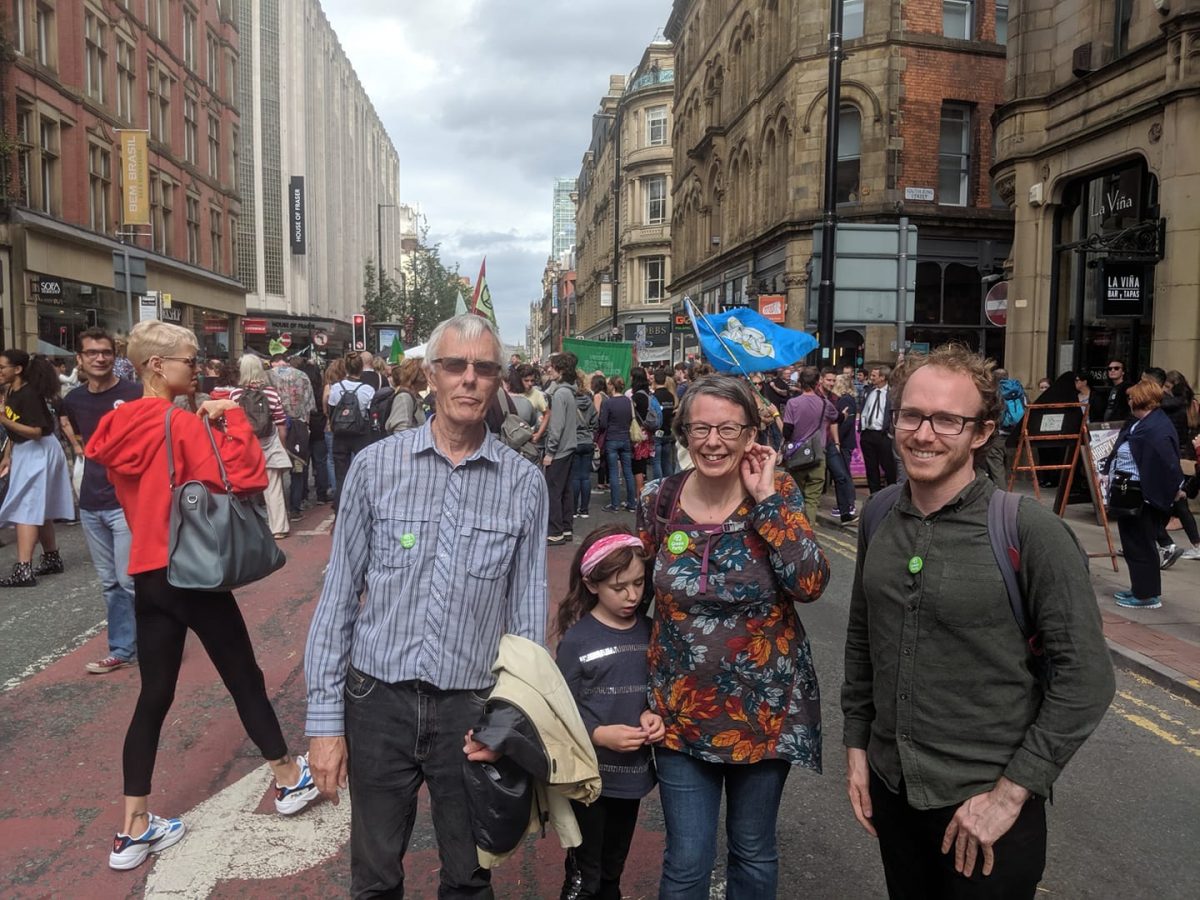 Manchester Green Party has declared its support for Manchester City Council’s plans to temporarily close part of Deansgate to cars to help the city recover from COVID-19.

On Thursday 30 April, the council announced that it will temporarily make the section of Deansgate between King Street West and Blackfriars Street more pedestrian and cyclist-friendly in order to stimulate footfall and help people maintain vital social distancing.

Last August, the same section of Deansgate was closed to cars for four days by the environmental group Extinction Rebellion – a move which received largely positive reception.

The council says that the pedestrianisation of Deansgate could become a ‘permanent change’ if the temporary scheme goes well. Local Greens say that this would be a step in the right direction.

Chris Ogden, co-chair of Manchester Green Party and the party’s Deansgate candidate in 2019, said: “Manchester City Council’s announcement that it will temporarily close part of Deansgate to cars is welcome.

“This will help local businesses recover from COVID-19, and we look forward to seeing Deansgate return to being the great pedestrianised street we all saw it could be during Extinction Rebellion’s takeover last summer.

“We hope the trial of the scheme will be successful and will inspire the council to go one step further and introduce further pedestrianisation measures.”

Manchester City Council is currently drafting its new City Centre Transport Strategy which it says will focus on reducing car dominance and encouraging people to travel by foot, bike or public transport.

The council says it already plans to extend pedestrian footways on Princess Street and London Road in Manchester city centre, and is currently carrying out feasibility studies to see which other areas of the city might benefit from this approach.

Manchester Greens believe that safer walking and cycling routes and an integrated, efficient, and affordable public transport system should be top of Manchester’s transport priorities, making it easier for residents to choose the best option.

The Green Party will continue to engage constructively with Manchester City Council to make sure it sticks to its transport goals and achieves its aims of making Manchester a zero-carbon city ahead of schedule.

Ogden added: “COVID-19 has upturned how all of us go about our everyday lives, and we are rapidly realising that we cannot continue with business as usual once this lockdown is over.

“Greens believe that we can do things differently and still prosper going forward. We encourage the council to press ahead with tackling car dominance, improving the quality of the air that we breathe, and moving Manchester closer to its aims of becoming a zero-carbon city.”