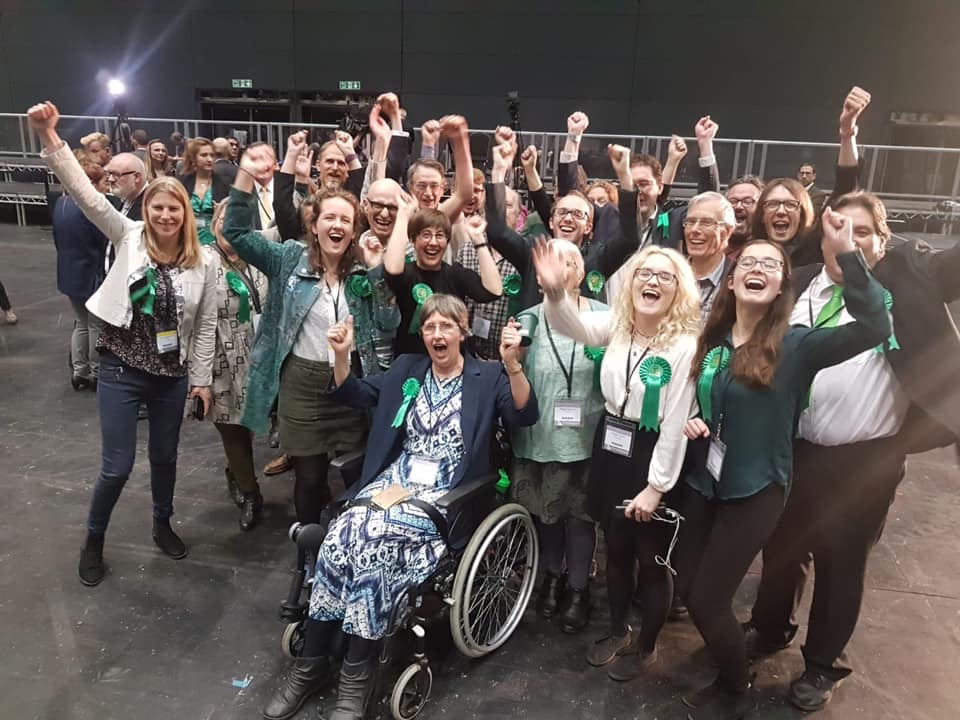 Manchester Green Party have announced the candidates representing all five constituencies across the city of Manchester as it plans to lead the fight against climate chaos and give the public a final say on Brexit in the upcoming General Election.

The Manchester Green Party have confirmed they will not be standing aside for any political party, renouncing tactical voting in Manchester and promising to stand up for tough action on climate change and for a People’s Vote to end the Brexit deadlock.

Further information about each candidate standing for The Green Party can be found at https://manchester.greenparty.org.uk/your-candidates/.

“There’s no need to tactically vote in Manchester, and The Green Party is ready to fight to be your voice in Parliament, saying yes to Europe and no to climate chaos. I am immensely proud to have lived in Wythenshawe and Sale East for 16 years and have been working hard to campaign on local issues throughout the year.

“As an employee of the NHS, I know first-hand the effects of Tory-imposed austerity and I am deeply concerned for our public services. I would be honoured to represent my constituency, to stand up to Westminster, and take real action immediately.”

“I am passionate about tackling inequality and have been working tirelessly over many years in my career and personal time campaigning to end social injustice. I was proud to represent Manchester Withington in the 2015 election, increasing votes for The Green Party five-fold, and I will again stand up for my community against a failing government, and if elected will hold politicians to account and deliver real change.

“The government recently announced a temporary pause to fracking, which the Green Party have been continuously fighting for across the North West. The Tories’ pause on fracking is simply a ploy to win votes, and if elected to Parliament, I promise to fight for a permanent ban to protect our planet and our communities, and will remain vocal on climate change.”

“Like so many people, I’m terrified of what we’re doing to our planet. The Greens have a robust set of policies and a Green New Deal to address the failures of our government on climate change, prioritising renewables, ending airport expansion and delivering a better quality of life.

Our candidates standing across Manchester have first-hand experience of disastrous government austerity and Tory ignorance to climate change and will serve as your voice in Westminster, dedicated to taking local action. Every Green vote sends a clear message to the establishment parties, and here in the city of Manchester you can safely vote with your heart knowing that there is practically zero chance of a Tory ever winning here.”

The Green Party receives no funding from big business or unions unlike the establishment parties, and each vote helps to ensure the Party continues to have a strong voice in Parliament.

The Green Party currently have one MP in Westminster, Caroline Lucas who represents Brighton Pavilion, Gina Dowding MEP representing the North West in the European Parliament, and 379 councillors across England and Wales.