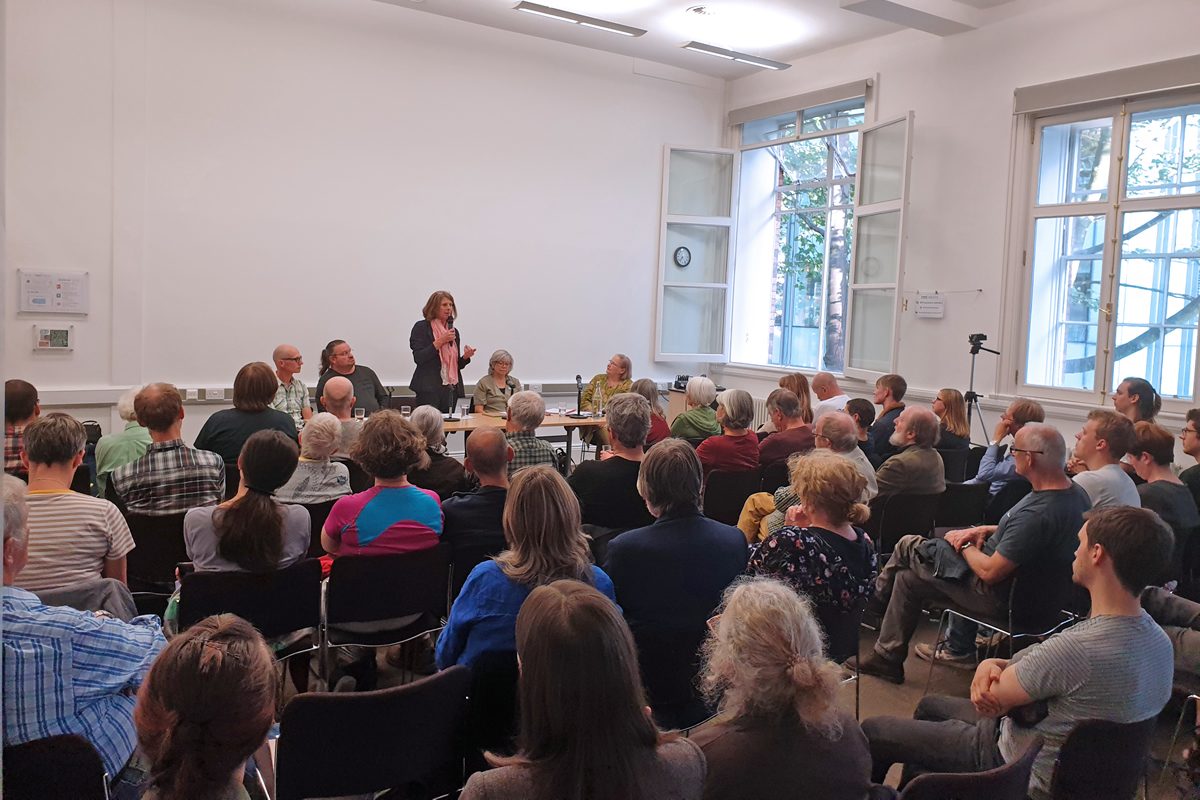 Over a hundred people came to the Friends Meeting House, Manchester on Wednesday 13 August to discuss the latest on Brexit from a panel of four experts working close up to the issues, both at home and in Europe.

Gina Dowding, Green Party MEP for the North West, described her work in the intense early weeks of her job in Brussels and offered the perspective on Brexit from the rest of Europe. She described how the recent successes of Greens across Europe had placed the climate crisis high on the agenda and how, while the UK is very much occupied with Brexit and its effects, the rest of Europe was focused on moving forward and getting on with the important work to be done across the EU. Seeing how things worked there reinforced the fact that there were so many false perceptions held and propagated on the Leave side, she reported.

Evelyn Leslie of Manchester For Europe drew attention to the damaging prevalence of such myths locally. In their ongoing campaigning — aligned with the national campaign for a public vote on the terms of Brexit — Manchester For Europe were able constantly to challenge the Brexit view, often by one-to-one street conversation.  She outlined twelve action points, including challenging our MPs and councilors to make sure everyone comes clean about Brexit, particularly No-Deal Brexit, and its negative effects.

Green councillor Lee Huntbach (Tameside Metropolitan Borough Council) and Manchester Green Party’s Rob Nunney underlined how daily conversations with local people were key to dispelling myths and building trust. At the local and the individual level, again, there were real signs of how open people were to seeing what is true and beneficial to them and their communities, through the fog of misinformation.

The event ended with a Q&A which picked up on a wide range of the issues presented: the threats posed by the Brexit process; manipulation of news and information; the imminent danger of even more anti-democratic politics; the rise of the extreme right.

On the positive side there were: opportunities for new ways of doing politics; means of moving towards a UK with a proper Constitution and no  first-past-the-post voting; and bringing together regional, authority-, city- and ward-wide initiatives from street lights to developing a Green New Deal for the North West.