Why Vote Green in Manchester?

Manchester currently has no strong opposition. There are 93 Labour Councillors out of the total of 96, meaning that Labour have an unchallenged monopoly on our city.

Read on to find out why - however you normally vote in national elections - voting Green for Manchester makes sense. To find out more about our local manifesto and what Greens will do in Manchester once they're elected, read our manifesto.

Why is Manchester's Labour dominance a problem?

Why are Greens the best opposition?

Has this happened elsewhere?

Yes! Even just one Green can make a huge difference. Have a look at the Association of Green Councillors website for a huge list of positive, practical differences that Green councillors have made in their local communities. 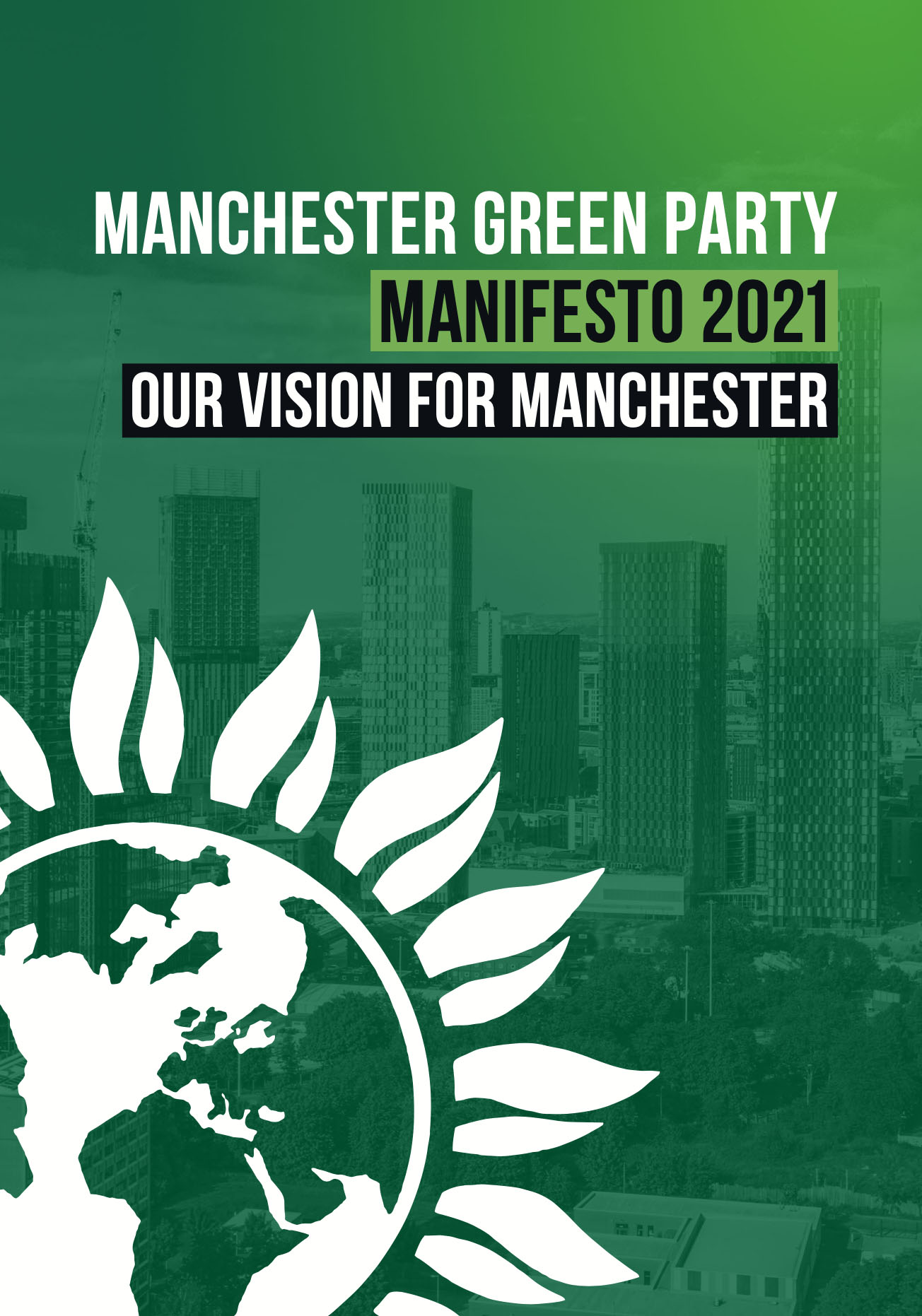 The Green Party are funded by members and supporters. We don’t have the backing of big business or trade unions. Help us elect Greens in Manchester by donating to help pay for newsletters, leaflets, posters and social media.